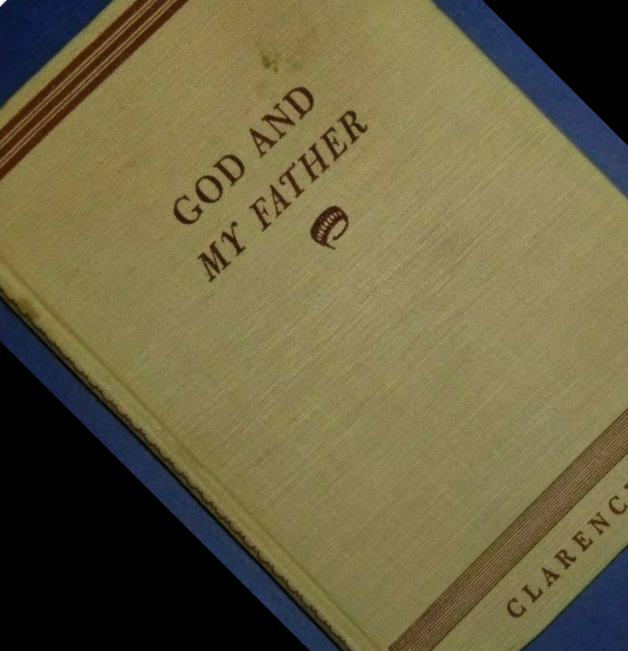 God and My Father

Seldom do I reread something for pleasure, but when I stumbled across my copy of Clarence Day’s short ‘memoir’ God and My Father,* I gave in.

90 years after it was published in 1932, it still limns beautifully the main characters: his autocratic father, his loving long-suffering mother, some memorable clergymen, and himself as a young boy.

In case you don’t remember, Day’s father was the mainstay of Life With Father, better known today as inspiring the play and movie by the same name starring William Powell and Irene Dunne.

As a scion of Wall Street in the 1890s, “Clare” the father, has scorn for anyone who fails to recognize good business practice or has the temerity to impugn his character by implying he has the least weakness.  He also finds it incumbent upon God’s missives, the clergy, to behave like upright businessmen and not to plead, whine or expect their flocks to prostrate themselves to assure future favors from the Almighty. Any such behavior is undignified and embarrassing. As one reviewer put it, "The times were prosperous and the nation strong... largely because he willed it thus. His prayers reflected this; they turned to shouting matches if God failed to act on schedule."

Meanwhile, his wife Lavinia wrestles with the fear that Clare will be barred from the Gates of Heaven for his steadfast rejection of the proper rites of passage. The author witnesses this tug of war between his parents with the insight of a child trying to reconcile both views. He even attempts to champion his mother’s concern.

Day’s recounting of the struggle is memorable and subtly humorous as the drama unfolds. The tone is believable of a smart, sensitive young boy as he observes irony, frustration, and adult inconsistencies.

Those who know New York City will enjoy brief descriptions of the landmarks prevalent in the 1890s surviving today.

Totally enjoyable and fun! You can taste the attitudes and feast on the plot. You are sure to laugh out loud. I may now find copies of other Day works to explore.