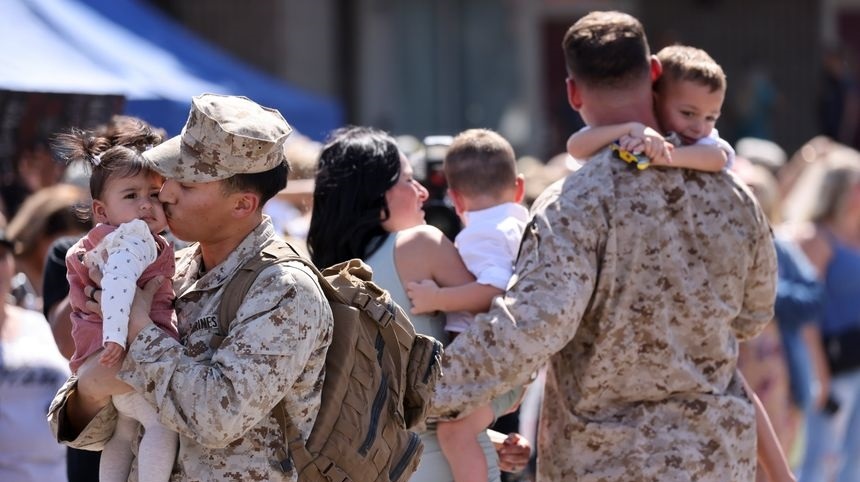 Honor Veterans by Having the Will to Win a War

On Veterans Day, it’s hard to look away from the catastrophe in Afghanistan. The consequences of a war lost through incompetence, delusion and self-defeat will reverberate beyond South Asia. In America, the lack of commitment to win in war, apparent in a humiliating surrender to the Taliban and an ignominious retreat from Kabul, risks eroding trust between servicemen and -women and their civilian and military leaders.

If leaders send men and women into battle without dedicating themselves to achieving a worthy outcome, who will step forward to volunteer for military service? Who will offer to endure hardship, take risk and make sacrifices? Winning in Afghanistan meant ensuring that Afghanistan never again became a haven for jihadist terrorists. America and its coalition partners had the means to do so with a low, sustained level of support for Afghans who were bearing the brunt of the fight on a modern-day frontier between barbarism and civilization.

But three presidents in a row told the American people that the war in Afghanistan wasn’t worth continued sacrifice. It became typical for citizens to profess support for the troops but not the war. That sentiment was preferable to the derision directed at veterans who fought under difficult conditions in Vietnam. But American warriors won’t long trust a society that doesn’t believe in what the nation is fighting for—as they kill others and risk their own lives.

Winning in war also means convincing the enemy that he is defeated. America’s quick-fix approach to Afghanistan, with persistent promises of imminent withdrawal, made the war longer and more expensive than it needed to be. It weakened Afghan allies; it strengthened the Taliban, their terrorist allies and their Pakistani sponsors.

Winning in war also requires consolidating military gains to achieve an enduring political outcome. In Afghanistan this meant an Afghan government hostile to jihadist terrorists, with security forces capable of withstanding the regenerative capacity of the Taliban. But the Obama and Trump administrations stopped actively targeting the Taliban, gave the enemy a timeline for U.S. withdrawal, and then pursued a negotiated settlement. To rationalize their ambivalence about the outcome of the war, civilian leaders and even some generals used terms like “responsible end” as a substitute for victory. Many leaders simply didn’t show the same determination to win as the warriors they sent into combat.

The long war against jihadist terrorist organizations isn’t over; it is entering a new, more dangerous phase. America’s rivals—including China, Russia, North Korea and Iran—are emboldened. They are watching a Defense Department that seems to focus more on climate change than being prepared to fight, one that promotes postmodernist theories that undermine the warrior ethos and valorize victimhood. Our leaders have an obligation to protect the warrior ethos and build America’s military capabilities, rather than promote destructive philosophies and attempt to solve problems better handled by other departments.

On Veterans Day, we should thank the men and women who served in Afghanistan and the families who gave their last full measure of devotion. We should assure them that America’s war in Afghanistan was a just response to the most devastating terrorist attack in history.

As President George W. Bush observed on the 20th anniversary of 9/11, “You have shielded your fellow citizens from danger. You have defended the beliefs of your country and advanced the rights of the downtrodden. You have been the face of hope and mercy in dark places. You have been a force for good in the world. Nothing that has followed—nothing—can tarnish your honor or diminish your accomplishments. To you and the honored dead, our country is forever grateful.”

But we might also ask American veterans to serve again on the day designated to honor them. Veterans are best equipped to explain to those on active duty that they are part of a living historical community that is proud of them for volunteering to serve at a critical time. Veterans might tell young warriors that we need them to remain ready to fight because wars don’t end when one party disengages.

And we might ask veterans to explain to those considering military service the intangible rewards, especially being part of an endeavor larger than themselves and working on a team that takes on the qualities of a family. America needs our best young men and women to volunteer to serve in the armed forces—even more after our withdrawal from one theater in a war that continues.

Mr. McMaster, a retired U.S. Army lieutenant general, served as White House national security adviser, 2017-18. He is a senior fellow at the Hoover Institution and author of “Battlegrounds: The Fight to Defend the Free World.”