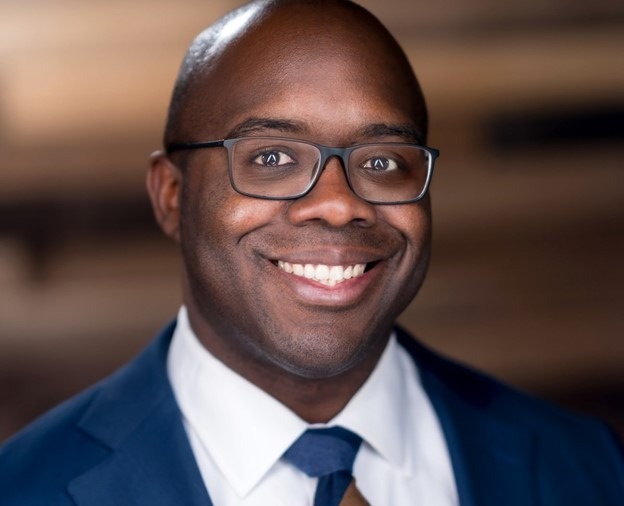 What Mrs. Bailey Taught Me in A.P. History Changed My Life

As a youth, school let me test my mettle against the history and literature books I carried to and from the rundown house I called home. My body may have been trapped in poverty, but my mind was free to wander. Much like it was for my enslaved forebears, who were forbidden by law from learning to read and write, schooling was resistance. Learning was an assertion of self, an affirmation of the God-given right to create a future more hopeful than my present.

Much of my love for learning came from my mother.  She told us that a better future lay on the other side of dreams and hard work, the evidence of which could be found on our report cards.

But parents need partners. Parents can send us to school full of purpose, but they need teachers to co-sign their vision. Teachers have the power to build or destroy, to plant or uproot hope in young minds.  In the midst of a debate about the content being presented in America’s schools, the equally pressing issue of how teachers teach is in danger of being lost. I can testify to the lifechanging gift of quality teaching because I received just that in an A.P. American history class in my junior year of high school.

Mrs. Bailey, who taught the class, from the beginning assured all of us that we could take the A.P. test, pass it, and get college credit. College credit was no small thing. At the time, my sister was in her freshman year at Tuskegee. She would be the first person on either side of our family tree to receive her college degree. College credit as a high schooler seemed impossible, and when I protested that I didn’t have money to pay for the test, Mrs. Bailey helped locate the funding.

She held study sessions during lunch and after school, where we explored the often troubled and sometimes glorious history of this country. The day I found out my result on the test felt like a pivot point in my life. I had done well enough to receive college credit.

Mrs. Bailey told me: “You are a junior in high school and are smart enough to be in college. You can be whatever you want.” Suddenly, the world felt larger, my hazy future a little clearer. That class was the reason I majored in history with the goal of becoming a high school history teacher.

Mrs. Bailey did more than tell us we could do it. She was not mere sunshine and encouragement. She forced us to have opinions and defend them. And she was not alone. She was part of a cadre of teachers known for genuinely trying to get us to engage with the material and ourselves. Mr. Crump had us fumbling around in Plato’s cave. Mrs. Carter taught us the art of stringing sentences together and making coherent arguments. Mrs. Miller introduced us to literature that posed the ultimate questions.

There is roiling debate raging all over America about what is taught in classrooms. The question “What are they teaching our children?” is on the lips of parents and politicians everywhere.

Some of this can be dismissed as fearmongering, an attempt to shield children from the troubling aspects of our nation’s past. But not all of it. As a parent, I care deeply about how ideas are presented to my children. It is more than fair to attend to these issues. Anyone who cares about the future of this country should question how its young people are being formed.

But the fundamental question of what makes a healthy classroom cannot be restricted to the material that is taught. Teachers are not robots tasked with reading approved scripts. Most students who fall in love with learning do so not because of any particular curriculum but because they encounter a teacher who gives them permission to think.

Great teachers force us to wrestle with questions that have plagued philosophers, politicians, religious leaders, poets and scribes for millenniums.

How do we order society in such a way that increases human flourishing and limits suffering? What is the good, the true and the beautiful? How do we make sense of the sins of the past and the way the legacies of those failures follow us to the present? What is justice? What is love and why does it hurt us so? What is the good life? Is there a God who orders the galaxies, or did we come from chaos, destined only to return to it?

The answers to those questions that I received from my teachers varied. I do not judge the worth of my former educators by whether I agreed with them. I value those who made me think and did not punish me when I diverged from them.

If there is a danger facing this generation of students, it is not the absence of information. The internet exists; politicians are fools if they think that they can hide the troubles of the world. If parents and politicians truly care about their children’s education, they should not only ask what a teacher said about a controversial issue, they should also ask how the teacher said it, and whether students were assessed based on the quality of their work rather than conformity to a particular ideological perspective.

This ability to hold fair and stirring conversation is the gift that all great teachers have. It is impossible to legislate. This is a gift that can either be honed or ground to rubble by unrelenting competing agendas. We must protect teachers who do it well and do not so overburden and underpay them that they despair of their vocation.

I taught high school for a few years, and now I’m a college professor. The students who enter my classroom come from every walk of life. They have different economic backgrounds, formative experiences and familial histories. They differ on politics and religion. They have been fed a steady stream of social and news media that tells them that those who disagree with them are not only wrong, but fundamentally evil.

They are familiar with a culture that is more attuned to shaming and shouting than reason. It is my job and the work of every teacher to form this group of individuals into a community of inquiry. I do not measure my success by the number of students who adopt all my opinions.

If the solutions to the problems that plague our Republic were easy to come by and apply, the hopeful future we long for would have arrived some time ago. No, the work of educators is to help this generation forge new and hopefully better paths, some beyond our imagination.

In the debate about America’s schools, the pressing issue of how teachers teach is being lost.

Esau McCaulley, Ph.D., is an Assistant Professor of New Testament at Wheaton College, in Wheaton, Illinois. The above article appeared in the New York Times Opinion Section on September 21st 2022. McCaulley is also an Anglican Priest currently serving Theologian in Residence at Progressive Baptist, an historically black congregation in Chicago, IL.